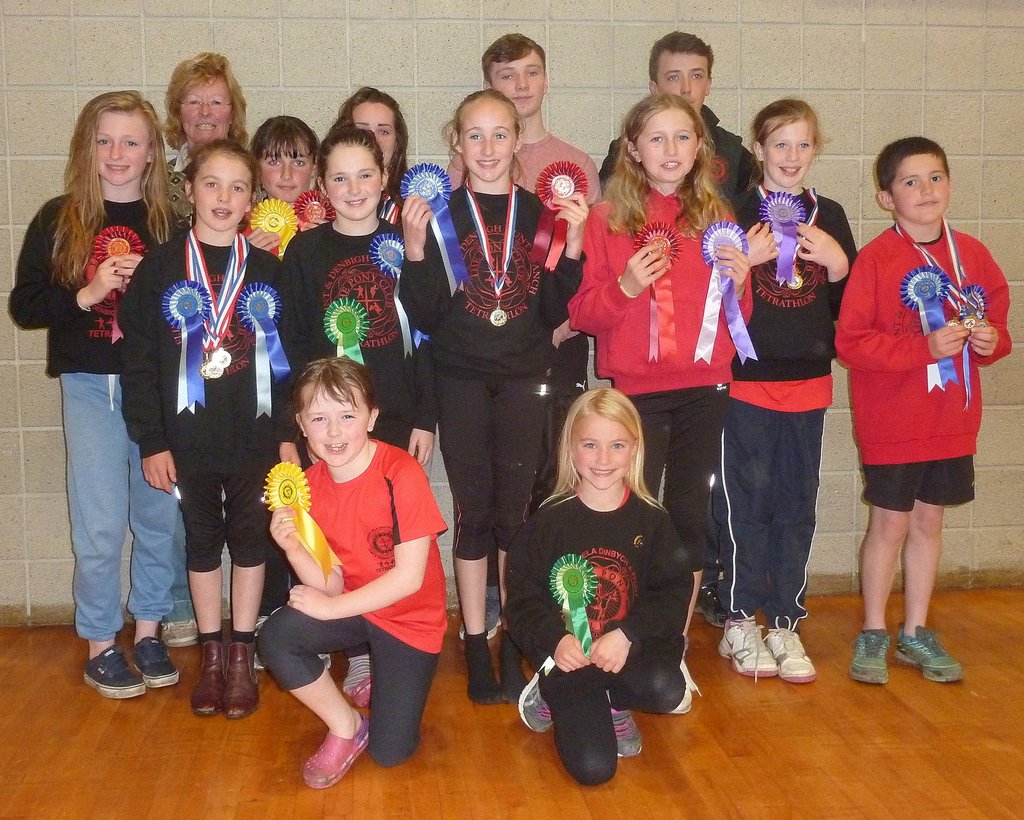 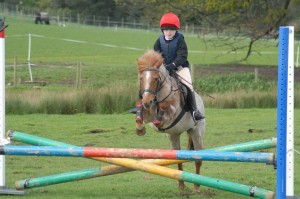 At the One Day Tetrathlon April 26th in Mostyn, Flint and Denbigh Tetrathletes lead the field. Entries were not huge – just seven teams – but Flint and Denbigh took first and second places in the team competition.  Our members were on top form and there were many personal bests achieved – Scarlett knocked 10 seconds off her run, Ben swam 7 lengths and 2 m., Meg W, Eloise and Huw all had swim PB’s. Leah had run and swim PB’s and although only six – had a go at the jumping all on her own. Jake V-Thomas competed in his first Tet since he was about 9 years old.  He scored a respectable 3617 and can’t wait to do the next one !

The winning team members were Ceri and Huw Jones, Mia and Neisha Roberts.

Second placed team was Meg Woodcock, Ben Read, Madeline Maher and Hermione Williams. Hermione had a clear round on her new pony.

Next competition is May 17th  and 18th  at Plas Ucha, Glan Conwy and is combined with a Hunter Trial.  All classes – Lead rein to Seniors. Entries in the Tet will automatically be entered in the Hunter Trial. 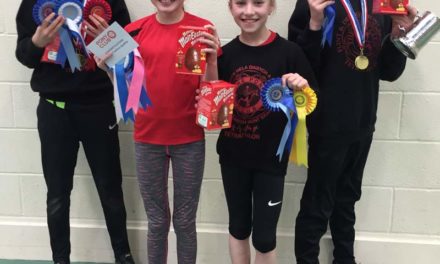 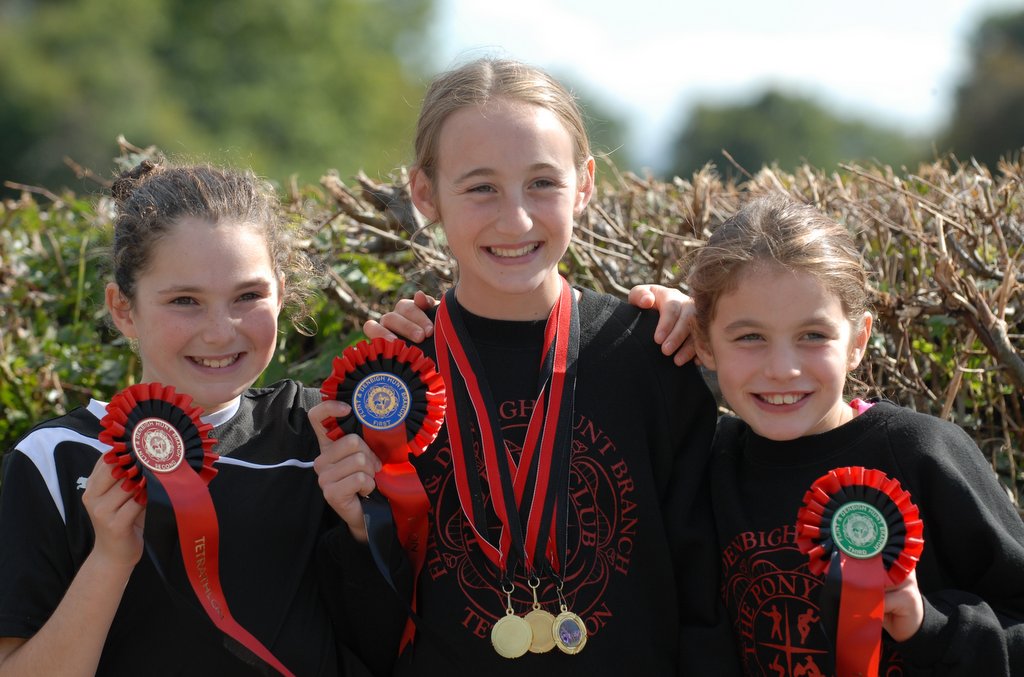 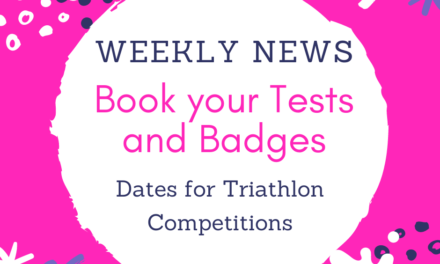 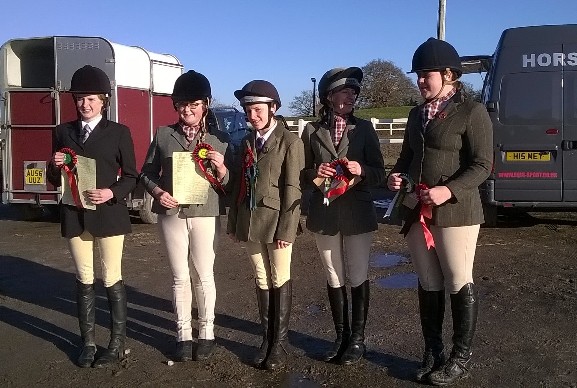