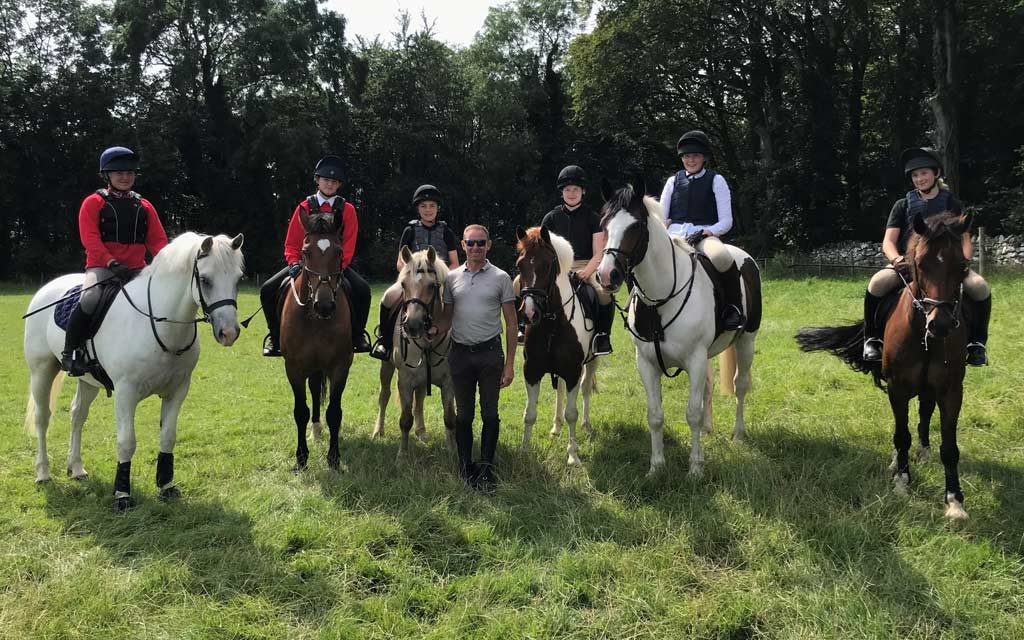 I have now recovered from my annual week of pony club camp.

We started off on the Saturday with 36 members aged from 3 – 10 years. The weather was kind to us on the first day and everyone including the ponies were all well behaved and settled into the routine.

The members were all timetabled over the three days, to have dressage, show jumping, xc, treasure hunts, handy pony, games and horse care.

Second day of camp – RAIN. We did a quick re schedule of timetable and decided to start the day with horse care. Keeping the children dry in the village hall and delaying the riding until the rain stopped.

Last day of minicamp – SUNSHINE. Children had all benefited from having great instruction from the coaches and hopefully enjoyed themselves, making new friends and trying out new disciplines.

A small group stayed overnight and had fun playing games. Members all went home with a badge which they had been working towards: working dogs, native pony breeds, introduction to show jumping and E Test.

35 older members arrived on the Monday afternoon. Children and ponies had two sessions of riding every day and a horse care session after lunch.

Evening entertainment – Carrie Ford came along to talk about her life as a jockey and also gave the members a chance to ride the mechanical race horse. She also gave tips on how to improve the rider’s fitness and the needs for good core strength. Everyone enjoyed the evening.

Gareth Johnson from the RSPCA to give a talk on his role rehoming horses and ponies. He had also been in the Kings Troop and spoke about his time riding in the display team.

All mini and main campers were able to visit the hounds at the kennels.

Last day of camp saw some extremely tired members and ponies. This year The Pony Club celebrated its 90th anniversary and had asked that all branches do something towards this commemoration. The members put on a display for the parents – The history of the Pony Club over the last 90 years.

I would like to thank all the parents who came to set up camp, helped in the kitchen, supervised the pony lines and also the night watch parents.

Thank you to Ann Jones for preparing the most delicious meals for both camps, Pat Vickers who came every day to assist her.

Helen Proffit for helping out on the pony lines every morning and to the grandparents that also came to help.

Sir Watkin Williams Wynn and his tenants for allowing us to hold camp and ride on the estate.

BIGGEST THANK YOU goes to Iona. Hope that you enjoyed your trip to Machu Picchu.

We were able to send £75 to Welsh Air Ambulance from donations given towards tea and coffee during camp.

Abandonment of The Pony Club Championships at Cholmondeley Castle

Due to heavy rainfall over the weekend and an exceptionally wet summer, there is now standing water on many areas of the site, with the stabling area and lorry park in particular being totally inaccessible. With more heavy rain forecast over the next week, the organising teams were faced with the horrifying fact that there was no option but to abandon all competitions at Cholmondeley Castle on the grounds of safety. Hours of agonising deliberation have been spent exploring any possible option to run the event safely, but this has not been viable.

Over 3,000 horses and ponies and around 10,000 people were expected to be moving on and off site over the next week to compete on the already waterlogged ground. In such extreme circumstances it was not possible to run the event safely.

With so many people coming from far and wide including Scotland and Northern Ireland, it was imperative to make the decision today to reduce the impact of this decision.

Marcus Capel, event director and acting Pony Club Chief Executive commented: “It has been an incredibly tough and upsetting decision to make and we are so grateful for your understanding and support in this decision. The Pony Club Board of Trustees, the Championship Committee and myself would like to thank all of the team at Cholmondeley, Musketeer Events and all our sponsors, volunteers and participants for their dedication to the event. Everyone involved has worked tirelessly to try to find a solution, but the unprecedented British weather has beaten us.”

“We are working desperately hard to mitigate our costs, so that we may be in a position to offer some form of refund. Please bear with us whilst we negotiate with our suppliers as so much infrastructure is already in place.” 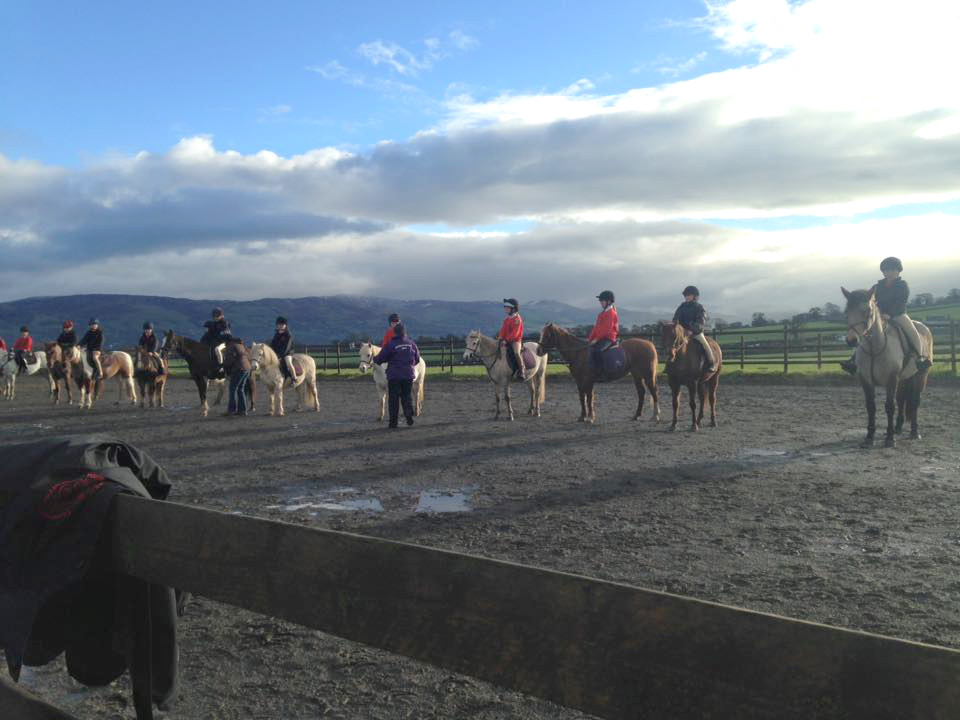 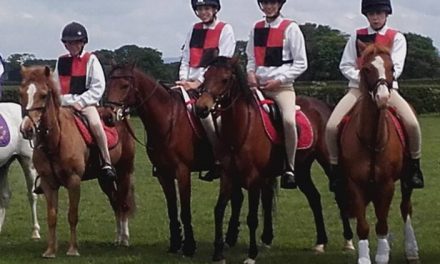 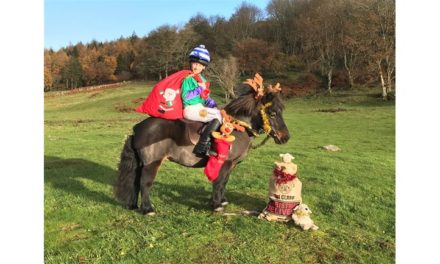