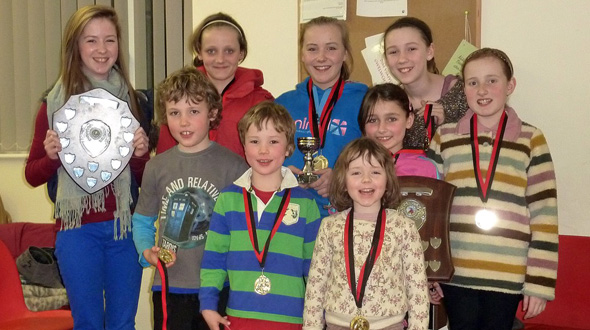 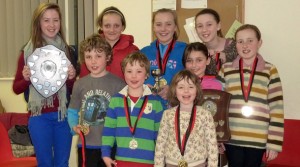 On a freezing cold night at the beginning of February ‘Llysfaen District’ held their AGM, only 11 members plus their parents braved the cold, however the Sports Pavilion at Betws yn Rhos was warm and cosy and made for a welcoming atmosphere. On arrival every one contributed to the buffet bringing with them a plate of party food,  before we started our meeting we settled down to enjoy the feast, this was then followed by a few party games with the children and the more agile mums also demonstrated their flexibility! Throughout the AGM a slide show of the children’s riding achievements was played on the wall, this was thoroughly enjoyed by members and their parents, bringing back fond memories of the past year.

The AGM started with the secretaries annual report and then an account on the Districts finances by our treasure ‘Jonathan Nettleton’, who has decided after three years as treasurer to stand down from the post and retire, Sian Thomas (Ffion’s mum) has kindly agreed to take over as treasurer, and was duly voted in by committee members.

The District’s Annual Awards then followed, members were awarded  gold medals with F&DPC coloured ribbon for Tack, Turnout & attendance at rallies, plus Improvement made by both pony and rider on the flat and over fences throughout the twelve months. The award for the ‘Overall Most Improved Partnership’ was a tough decision as all the members who have regularly attended Llysfaen rallies over the past twelve months have improved greatly in confidence and skills, in the end the shield went to Hermione Williams age 8 and her 11.2HH palomino pony Pickles, for turning a young leadrein pony into a well mannered and confident pony club pony capable of jumping show jumps and cross country fences 2’6″ in height. The award for the ‘Most Successful Partnership 2011’ went to Megan Roberts for her outstanding achievements this year and in winning the Burghley Pony Club Event, and our final award ‘The Hunters Hamlet Cup’ went to Ffion Thomas for being consistently the most helpful member during 2011, always assisting in building and clearing away fences, poo picking the arena & car parks and helping out at shows in-between her classes.

After the awards, Megan Roberts & Antonia Woodbine gave an inspiring presentation on their ‘Burghley Experience’, all the children listened intently, throughly enjoying the talk and watching the slide show, with some even dreaming what they could achieve with their ponies in the future.

The evening ended with a discussion, the main points being; the financial loss due to the Summer Rallies at Plas Ucha and the view that some older members in the Llysfaen District would like more fixtures and training put on in our area. At present we only have four members on the committee all with young children, if any one would like to join the Llysfaen Committee and take responsibility for this age group it would be greatly appreciated, please contact Aloma, Sian or myself.

Finally I would like to take this opportunity to thank everybody who has helped Llysfaen District during 2011, a “BIG Thank You” goes to John & Sian Thomas, George Brookes, Sue Hunter and Nicki Rea for the use of their facilities and to my committee, Sian, Aloma, Ceri and Jonathan for all their hard work over the past twelve months and making it an enjoyable and successful year. 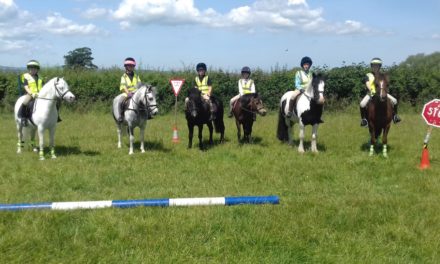