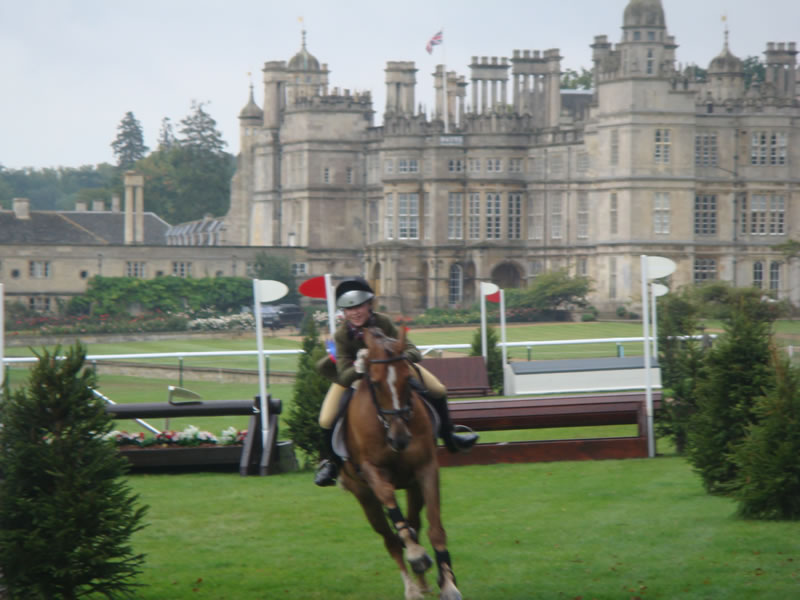 Congratulations to Megan and Antonia … 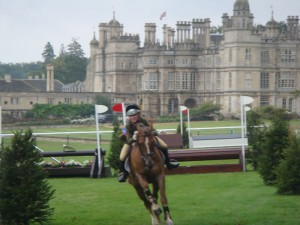 Megan Roberts and Antonia Woodbine have been flying the flag for the Flint and Denbigh Hunt Branch at the Burghley Horse Trials.

They competed in the Mini Burghley Event Pony class. Both members were impeccably turned out and rode extremely well.

34 pony club branches were invited to send two competitors. The competition was in two phases, dressage and then proceeding immediately to the jumping phase, which was a mixture of 10 obstacles – coloured and rustic.

Antonia had to ride in dreadful weather conditions, and had a fantastic round. She finished 8th in her section.

Megan was a true professional and won her section. She then went on to compete for the overall champion which she won.

The competition was amazing to watch and the standard of riding was extremely high.

If any one would like to be considered for next years competition please could you send me a brief cv. The competition is open to pony club members that have not attained their 18th birthday by 1st Jan 2012. Ponies must not exceed 158cms and be over 4 years old. 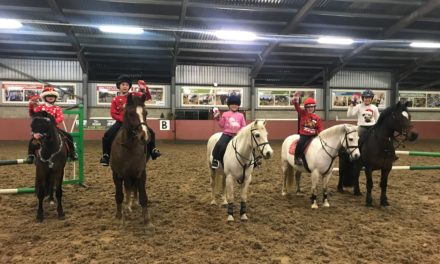 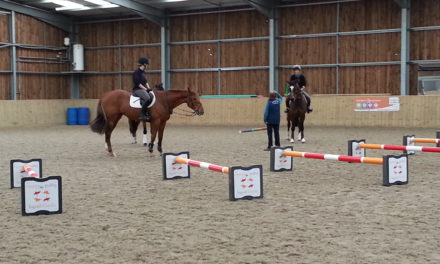 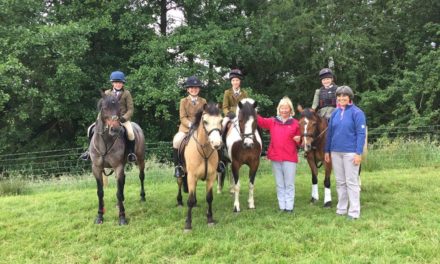 ... lots of rallies, training and fun in all districts ...
Click, Fill in the Form and Renew or Join!!!