Laura Cocking’s rise to the British Young Riders BE team … 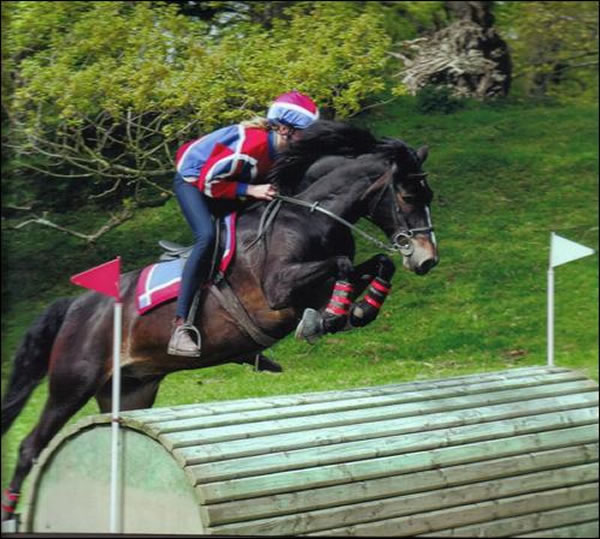 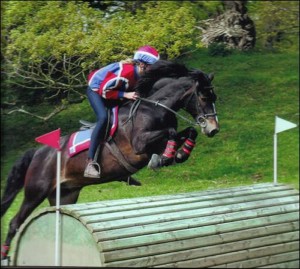 Hello! I’m Laura Cocking and I’m very excited to tell you I’ve just been selected to ride for Great Britain at the Young Rider (under 21) Europeans this year with British Eventing! I thought I’d tell you all a bit about how it started and hopefully inspire some of you other Flint and Denbigh’s that if you want it badly enough it can come true!

Phantom was my very first pony who I got when I was 12 and together we joined Flint and Denbigh Pony Club. We attended rallies most weeks in the evenings, which made school go really slow as I couldn’t wait! I remember struggling with “Tom” at first as he was quite a big pony for me at the time … I have videos of us trotting up to a fence only for him to stop, turn round and trot back the way he came! It’s quite amusing to watch back!

At 14 years old, Laura Fisher and I set off to our first pony club ODE. This is where I really caught the eventing bug when I finished 6th in the newcomers section on Phantom.

Most of my Pony Club years however were with Sandy Man, a 15.2hh Palomino who ‘ambitious me’ could do all the open teams on as well as camp numerous times. Camp … well what can I say! The most fun you can have! So many memories of both the riding and the socialising! Gwils “un-mounted games”, galloping up the park after lessons, charging round “The Bryn” pretending you can’t stop and sneaking out in the middle of the night, “army crawling” up to the stalls from our tents and lying on the floor face down when the night watchers torch shone!

2009 was my first season with my British team ride ‘Arkendale’. That year we qualified for the Pony Club Open Eventing Championships, where with help from Katy Powell Jones and Louise Shepherd we finished 8th! Next stop was the JRN Championships at Weston Park which we had been longing to do all year! From there we just kept climbing … the following year at Weston Park we finished 6th in our 1st 2* in the ever strong Young Riders section – Charlie thought the lap of honour was pretty cool too! 2010 included our first win- an Open Intermediate section at Withington and we were named as reserve for the GBR Young Riders squad. 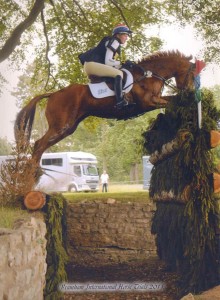 So far 2011 has been unreal- Double clear at CIC3*, completing our first advanced and our biggest challenge so far … Bramham – all on my Pony Club horse! I was so excited to be told after the final trial at Aston Le Walls that I’d made the British Young Riders team! We have worked so hard and wanted it for so long, it still hasn’t quite sunk in! Since Bramham, I have been in Yorkshire working for Nicola Wilson getting lots of experience schooling many horses, and having lots of instruction on Charlie. Nicola has also got on the senior GB team riding Opposition Buzz, who was 7th at Badminton. Unlike home, we struggle to find a hill and so use a river bank to weave and keep the horses fit, this is so boring in comparison to the scenic Elwy valley! We go galloping about once a week too, but go in the lorry rather than using the local farmer’s field like at home. I plan to come home at the end of the season to train some young horses ready for 2012.

The final squad training takes place next week and from there I’m sure it will all become very real! We will then head up to Blair in Scotland for the week of the 15th August for the 2011 European Championships. I want it to come sooner!

If all goes to plan, we will head to Boekelo 3* in the Netherlands after the Europeans, with Burghley set in our sights for next year! And as for Phantom … well he is home from this years camp with my sister Abi and has just popped round the area horse trials novice track so is looking forward to a big sleep no doubt!

Thank you Flint and Denbigh Pony Club for a fantastic introduction to riding and competing!

My website has more details on as well and details of services including schooling and competition livery. 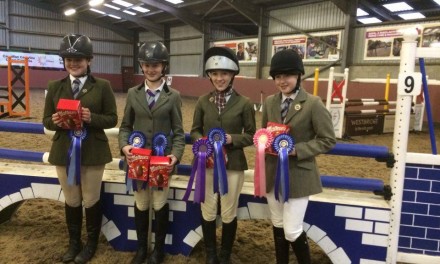 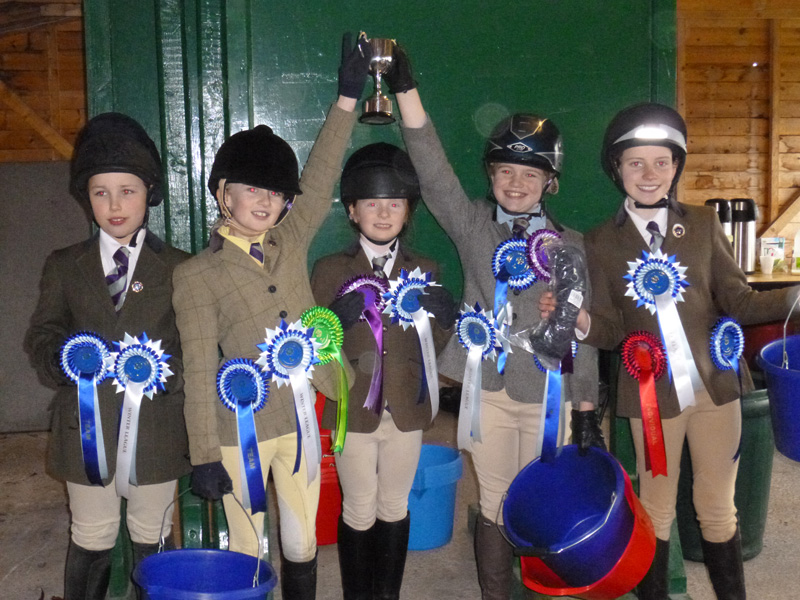